At international Master Class for Belcanto Vocal Technique, Lied and Opera Interpretation from July 13th to August 2nd, 2013 in Beijing, to which Prof. Ernst Lintner was invited, a total of 18 participants from all over China took part:
The ChaohaoJian Vocal Music Center Beijing – Prof. Ernst Lintner
The majority of them have already completed their vocal studies in Chinese music and many are teachers and also directors at various music academies.

European opera music is very popular in China among the audience and the singers: especially Giacomo Puccini with his works, first of all Turandot, who plays in China, but also Madama Butterfly, Tosca and Manon Lescaut; Giusppe Verdi, Umberto Giordano and other composers of Verismo follow. Mozart, but also Antonio Vivaldi and G. F. Händel are of course highly appreciated by the coloratura sopranos.

Every singer is naturally eager to sing the most famous arias from these operas, whether they have had the training required or have completed their vocal development for the respective roles.
Therefore, the CD/DVDs of the famous tenors, especially of Luciano Pavarotti, Mario del Monaco, Franco Corelli, etc., are broadly imitated in the sound, which of course causes adequate problems. With the women, these are Maria Callas, Mara Zampieri (!), Birgit Nilsson, Eva Marton, etc.
In the women’s repertoire almost all sopranos wanted to sing or learn the diva arias from Tosca, Turandot and Butterfly, which caused exactly the same problems like in the men’s repertoire.

As with us in Europe, the students cannot breathe deeply enough:
This does not mean that they have to pump their stomach (the whole abdomen), but the correct opening of the ribs and the breathing down and fixing of the diaphragm while separating it in the same time from the chest muscles, which remain open until the end of the singing.

At the same time, the mouth and throat area must be adjusted (expanded, as when yawning) in such a way that the larynx is brought as far down as possible and the mouth is formed into an oval position that is as unchangeable as possible. In this way it is possible to control the breath and the sound at any time.

By means of YouTube recordings (which are unfortunately blocked in China), the students could be introduced trustworthy to this in a convincing way using films with world stars of singing.

The event was excellently organized and characterized by the proverbial Chinese hospitality! 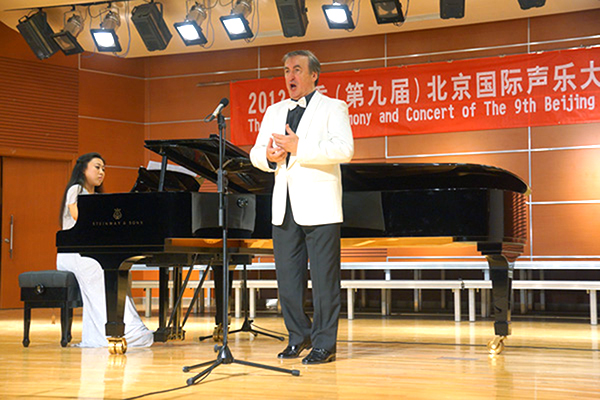 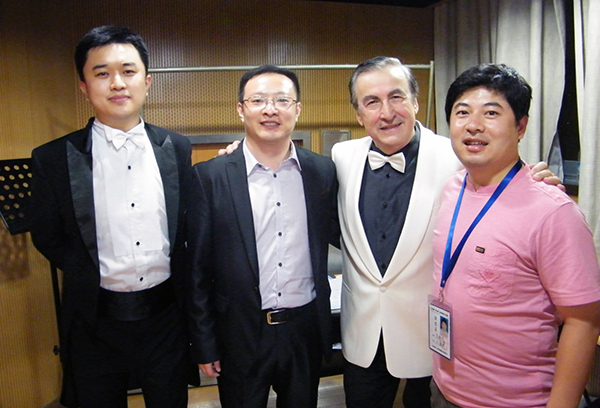 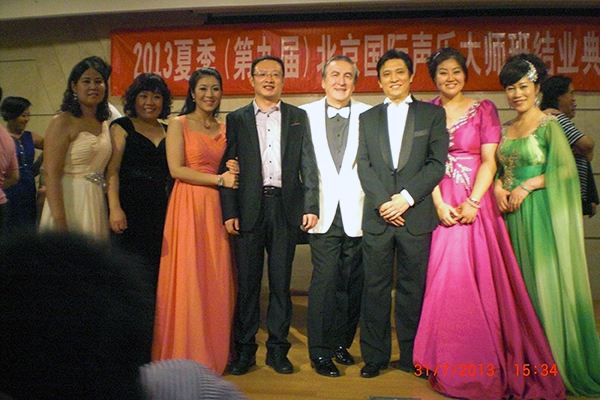